Over the past three years, the Guinness’s World record for the highest jackpot from an online slot game has been broken on three different occasions. The current record stands at €17,879,645 ($20,062,600 USD), won by Jon Heywood (UK), while playing Microgaming’s “Mega Moolah” on Betway’s website, in late 2015.

Within the online gaming industry, progressive jackpot games have become extremely popular due in large part to the amazing payouts being offered as the pots continue to grow. These progressive jackpots are difficult to hit, but when the pop up, they change the winner’s life. 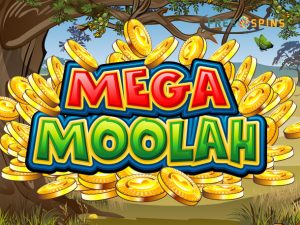 Microgaming is currently the largest single developer of online slot games. Surprisingly, its Mega Moolah progressive slot game has been around more than 10 years. The game theme is an African safari where typical wild animals serve as the game’s primary icons. The game is played with 5 reels and 25 pay lines and comes with the requisite wild and scatter symbol. A chance to play the progressive jackpot game is awarded on a random basis. When given the opportunity, the player gets the opportunity to spin a 3-sectioned wheel. Depending on how the 3 reels align, the player wins a minor prize, a major prize or the mega jackpot.

As a former Guinness’s record holder, Mega Fortune lives up to its name with multi-million dollar jackpots in the offering. The theme is built around living a life of luxury with the mansion, luxury car, and jewelry and cash icons serving as the game’s primary symbols. The game is played with 5 reels and 25 pay lines, along with a nice selection of free spins and bonus features. Players can earn the chance to play the Mega Fortune progressive jackpot game by landing one of the following three symbols in the proper reel location during the free spins round: the magnum of champagne and two glasses scatter, the “Mega Fortune” scatter or the Yacht wild symbol. If this happens, the player will spin the Lucky wheel for a Rapid jackpot, Major Jackpot or the MEGA jackpot worth millions.

Playtech was made famous by its impressive list of branded video slots developed around Marvel comic book heroes. The list of Marvel games includes game titles such as Hulk, Iron Man I, II, and III, The Avengers, Blade, Captain America and X-Men. While playing one of these or any other Playtech Marvel games, players are chosen at random to play for one of four different progressive jackpots: Power, Extra Power, Super Power and Ultimate Power. The player is presented with a matrix that contains 20 spaces. The objective of the game is to keep picking spaces until the player matches three that identify one of the jackpots, with Ultimate Power being the big one. Marvel Mystery isn’t as lucrative as some of the other progressive games, but players love Playtech’s Marvel games.